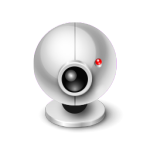 Hurry Class is Going to Start

You Can Change Your Mold

Pivoting, Turning & Keeping the Back Heel Down While Stepping Back

Used in the "Fukugo" Competition Event

The Secret to Keeping the Back heel Down is . . .

Unsoku (Footwork) - Matching the Movement of the Feet with a Technique

Understanding Correct Body Movement - Knowing the Relation of the Feet, the Knees, the Hips & Shoulders

Sensei had a certain curriculum. From time to time he would see a student take interest in a particular subject. Sensei would then incorporate "that subject" into the curriculum.

There was a time when sensei was really impressing the point of keeping the back heel down at the point of Kime. A while back during the judging portion of the ITKF International Summer Camp he would stress this. Around that time this was a strict point amungst all judges. Somewhat recently it has become a relaxed point, if not forgotten.

Years ago during competition I was not awarded many points due to "Heel Up", "Tachi". At Regional & National Competitions it was almost to the point that no matter what I did the judges would automatically not award me a point. I became notorious.

So then it now became a point of personal study.

I was very fortunate in that I had many people to study. Those at Central Dojo, ITKF Seminars, Tournaments. So I studied everyone around me and I mean everyone (and as you can imagine there were many around me to study).

What I noticed was that except for 3 people (of course one of them was sensei) that I have personally witnessed EVERYONE else had their heel up. So as it turned out everyone did it, it's just that I stood more than the others.

Sensei had a drill "Face Wall" where we would face the front wall (a few steps back). We would do a series of combinations, ending with a final technique, ending an inch from the wall with full Kime. Over the years the drill had different subject points.

So we're doing this drill, sensei commands to me (as he did often) "Heel, Heel Nick". Was he setting me up to make this a point of personal study?

There was a point in time where I slowed down (as we're doing the drill) and began to study placement of the back heel at the point of Kime.

Sensei noticed that while he had commanded to go fast and strong, that I would go slow. He could tell that I was into some deep study. He left me alone in my study. I'm looking at everyone around me and at point of Kime I see everyone with their heel up.

Then fast forward in time, sensei could see that I was making progress on my study. If I let up he would always catch me shout out "heel Nick". He keep a very tight leash on me and gave no slack. As my study continued to make great progress sensei introduced in a larger scope "Unsouku" (footwork).

I then expanded my personal study of heel down with the many points of Unsouku as they go hand in hand.

I have spent many years on this subject and continue to do so. With my findings it has accelerated placing the missing pieces of the puzzle.

I have taught this to my students. The one who know it best is the one who shows up the most (number one rule in Karate - "Don't Miss").

Keeping the Heel Down is matter of a slight adjustment to way we move. It has an element of being counter intuitive (as a higher level of development has inherent to it). The beauty is that like so many other things in Nishiyam's Karate "its simple".

Stay tuned - to be continued and expanded. For questions and comments you can contact me at nkper310@yahoo.com

We will be adding Video and more Explanation on the Subject.