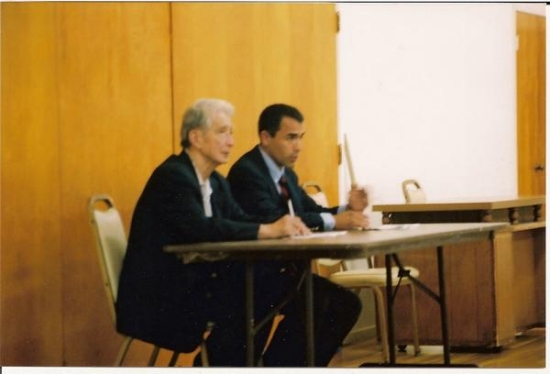 (we were honored many times with Mr. & Mrs. Nishiyama sensei & Ms. Aiko)

He began his Karate practice in 1971 at the age of 10 in Glendale, California.

He began his instruction first with Robert Hummer and later Enzo Ortega. Later on I realized that the persona I felt on the floor back then was actually that of sensei. I feel that my early classes were actually with sensei as he taught in 1971. It was all hardcore.

Only a couple and maybe only a few have spent more floor time with sensei.

In 1997 he founded Manhattan Beach Karate 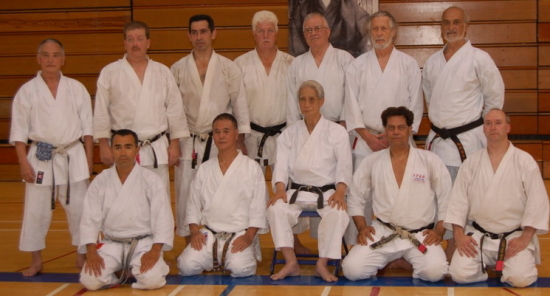 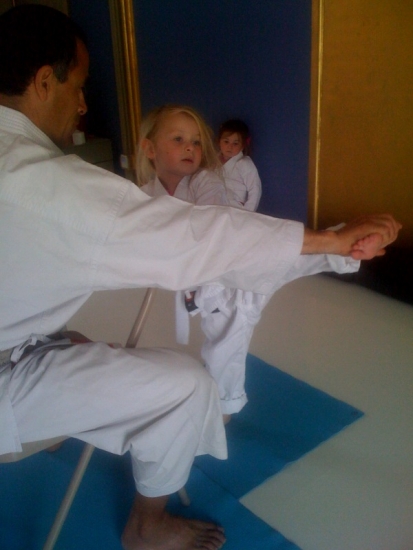 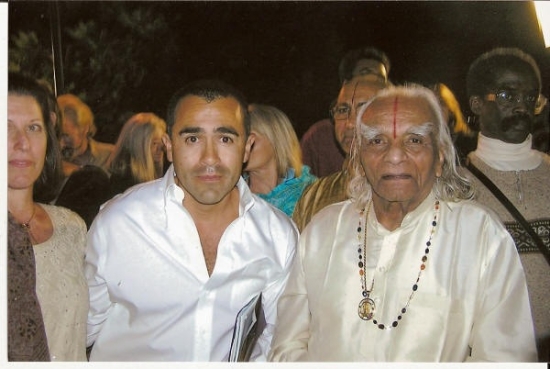 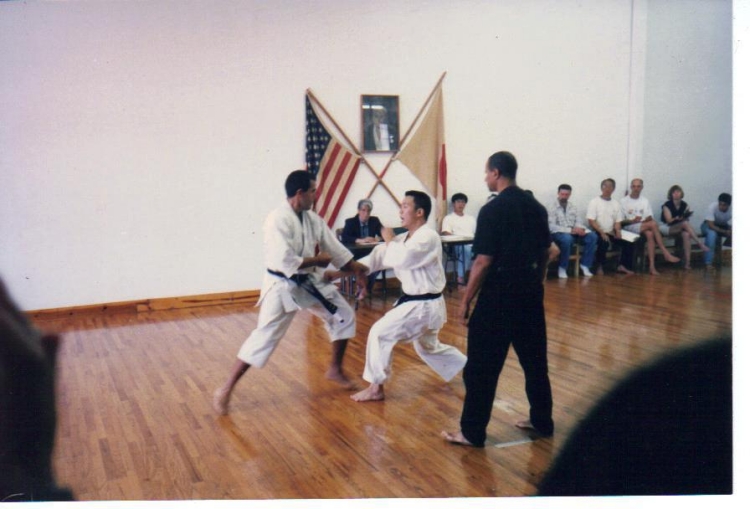 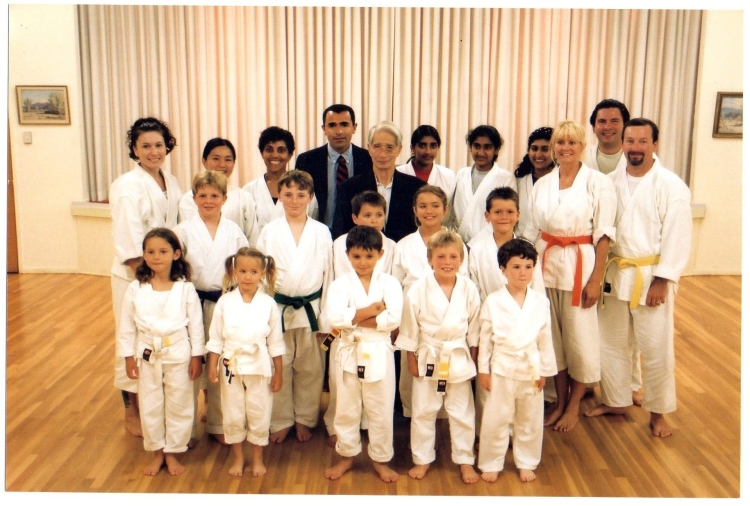 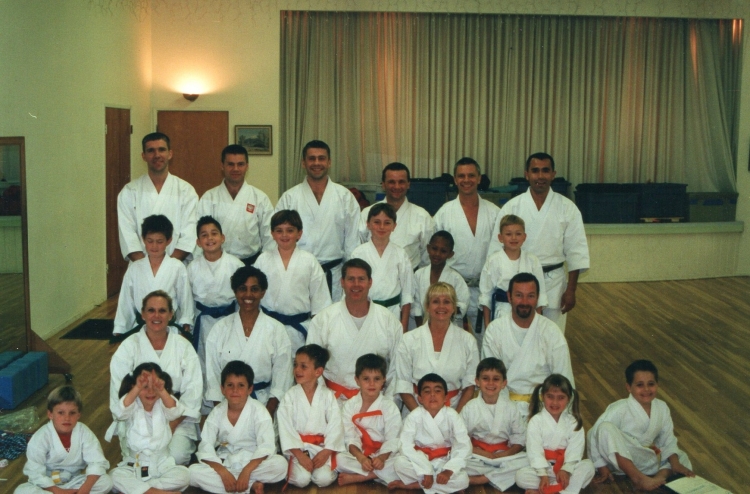 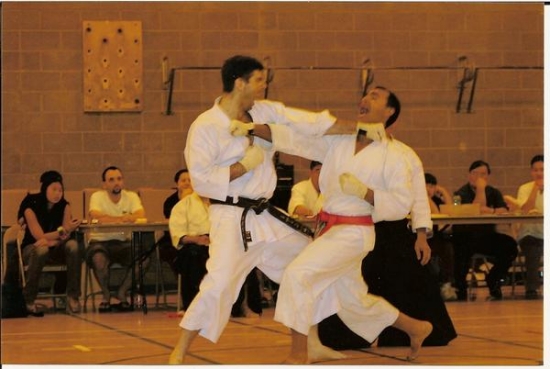 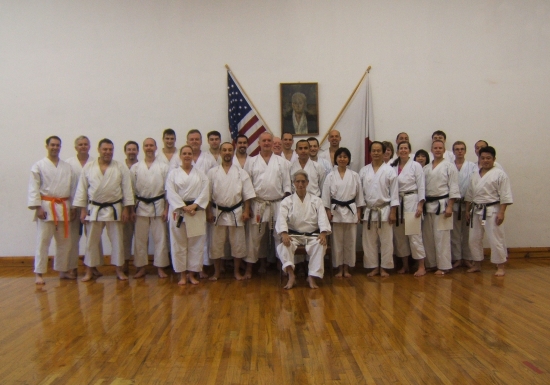 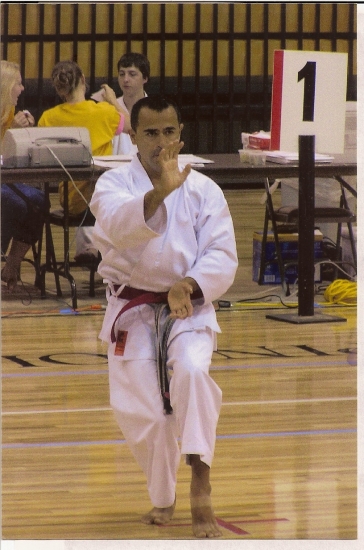 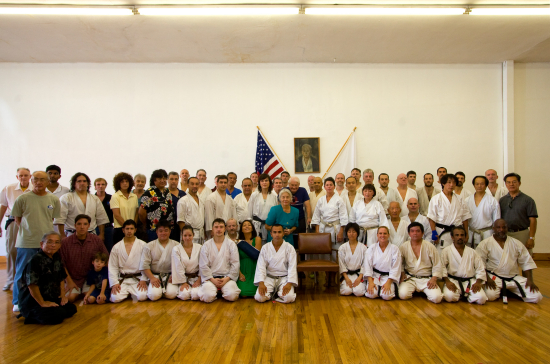 The Last Class at CENTRAL DOJO 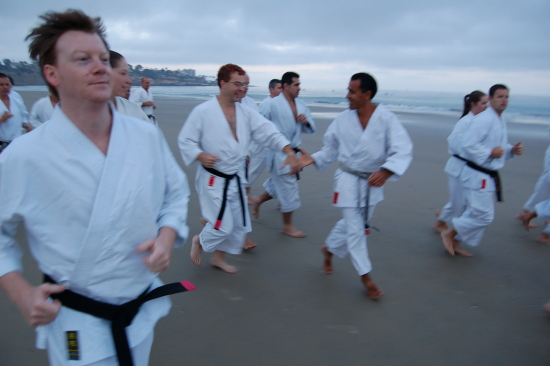 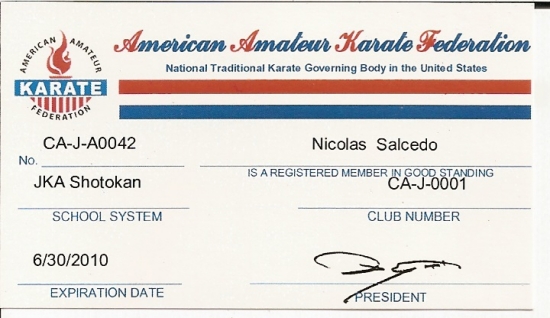 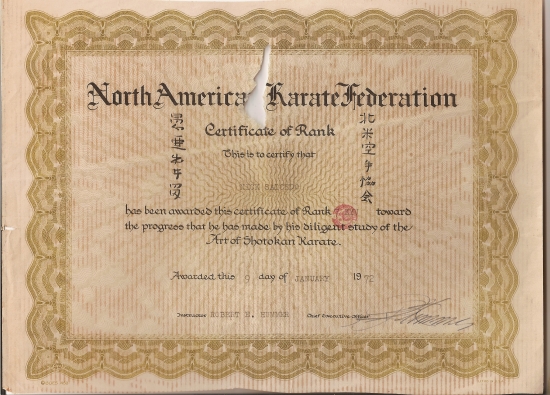 He entered his first tournament soon after (1971) in Burbank, California. It was at Burbank High School on Glenoaks Blvd. In the next ring over was the Urquidez Brothers (Brown Belts), I think they were about 16 or so at the time. (they were intense!).

I also remember seeing an adult from our dojo (Robert Hummer's Dojo) wearing a lower level belt, I remember thinking "wow what a cheap way to win a bright shinny trophy". 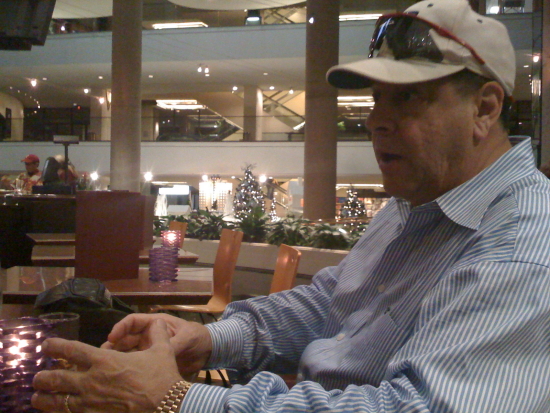 PHOTO TAKEN AT THE L.A. BON A VENTURE HOTEL

HE FLEW OUT FOR NISHIYAMA'S FUNERAL SERVICES FROM CHICAGO 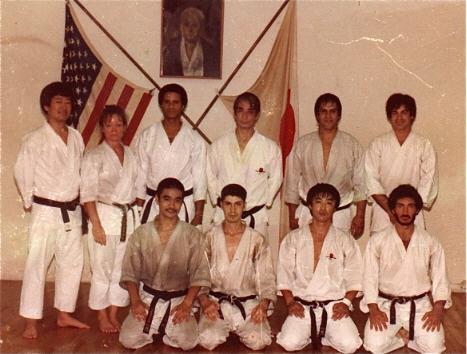 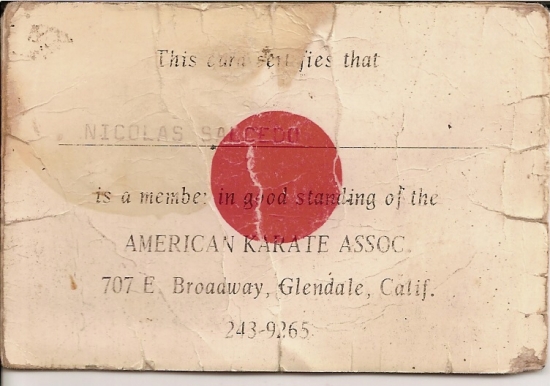 My membership Card from Enzo's first Dojo - 1974 - if you have photos from Glendale please submit. Enzo is on the cover Nishiyama sensei's "Samurai" magazine with Steve Yubal posed in front of the LA Sports Arena, where the worlds first International Karate tournament was held. 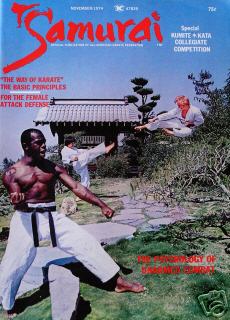 James Fields - Santa Monica, Enzo Ortega -  Chicago /  Western Springs (My sensei before I went to sensei  - if you are ever in Chicago you must look him up) & Paul Bukus - (retired proffessor Vancouver University) - Canada

This Magazine was produced by sensei. It lasted for for a few issues. 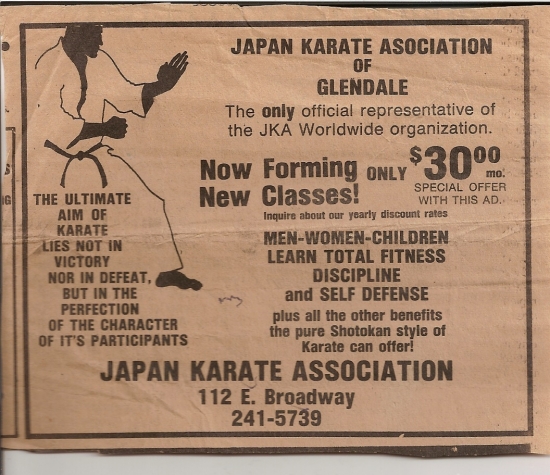 A newspaper ad from Enzo's last Glendale Dojo 1981 - Enzo was and will always be a hardcore no nonsense instructor. You must make a point of looking him up. He is settled in Western Springs/ Chicago, Ill.

Just as Rokah sensei did, Enzo was before him in that after training with sensei at Central Dojo, Enzo would invite students to come train with him at his Glendale Dojo. One day he brought Toru Shimoji fresh from Hawaii. This Glendale location is where I first met Shimoji sensei (at the time he was a brown belt). I also vividly remember when Shimoji sensei made sho dan. I shook his hand (at this Glendale location) to congratulate him. Enzo taught hardcore no nonsense karate and also karate etiquette, that I pass on to my students.

In 1981 Central Dojo had caught on fire. While it was getting repaired Nishiyama sensei held classes at Enzo's San Fernando road Dojo in Glendale. This was the first time I saw sensei and the first time I met Tom Shimoto. Dr. Shimoto pointed sensei out to me and said that he (sensei) was the best instructor in the world. 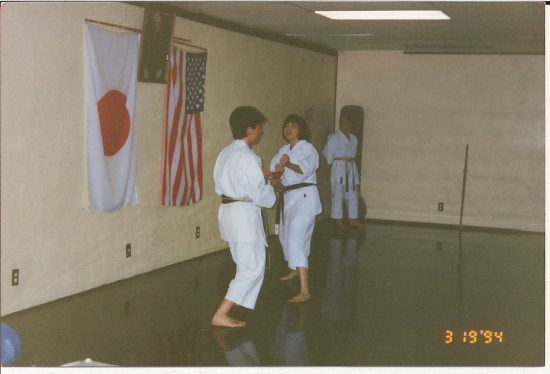 As part of offering the best! - We put together seminars - This one taught by Susan Vance, Tati Eugino - AAKF Board, Penny Ringwood - Playa Vista 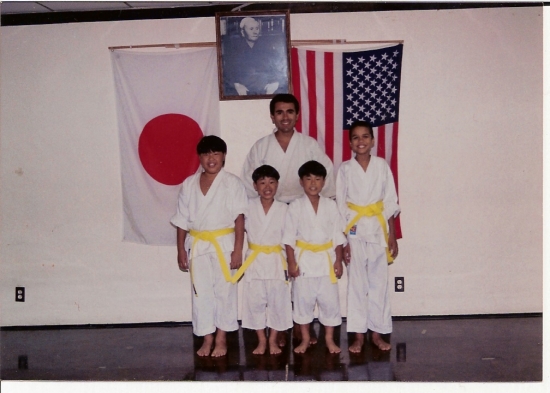 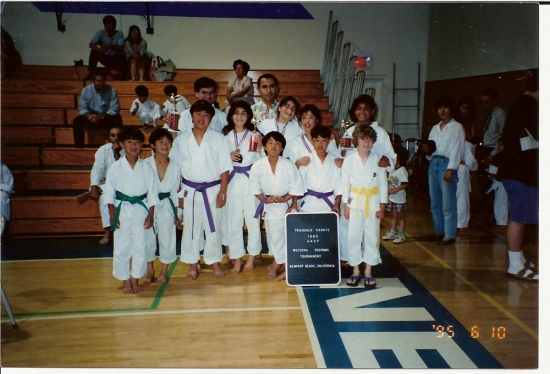 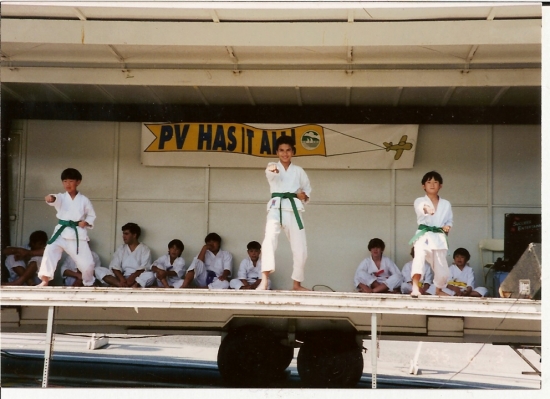 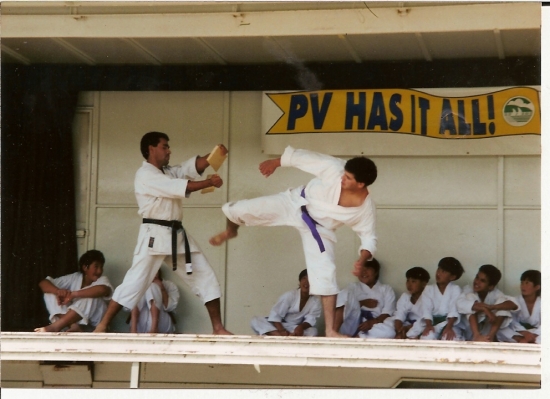 Ariel doing board breaking. If my students could break one I should be able to break two. Or so I thought. After two attempts (punching) all I heard was a thud. Last resort I kicked it, they broke. Someone has that on film. 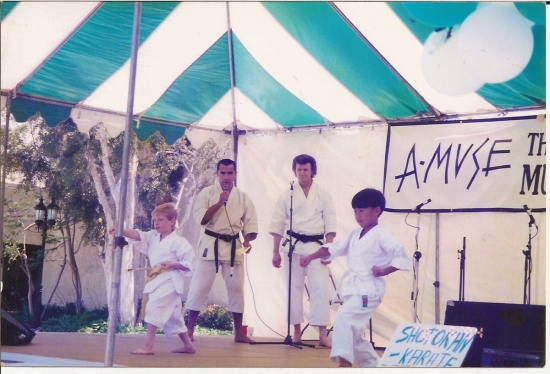 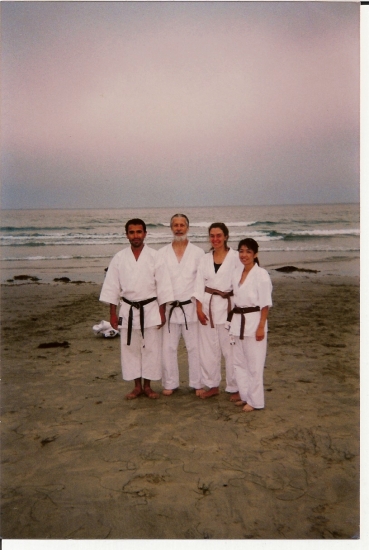 ITKF Summer Camp - This was the first day that sensei stopped teaching the beach training and held Master's Coarse in the Gym - Sensie Fasaro taught the beach class. We were the only 3, I remember his class. I liked the detail he was teaching. 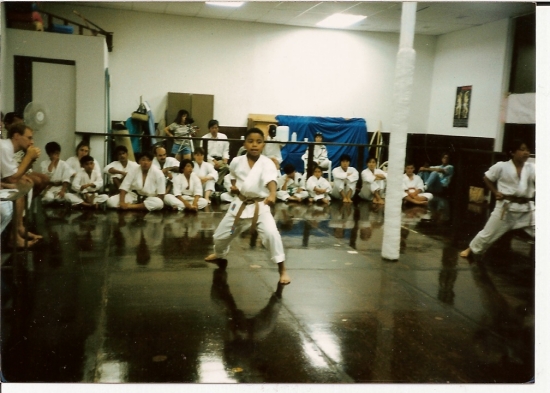 Top student David - His attitude made him number one. I remember his father interviewing me before he started. (notice Paul Lemetti left, MB attorney Alex background). All testing was done by Nishiyama sensei. 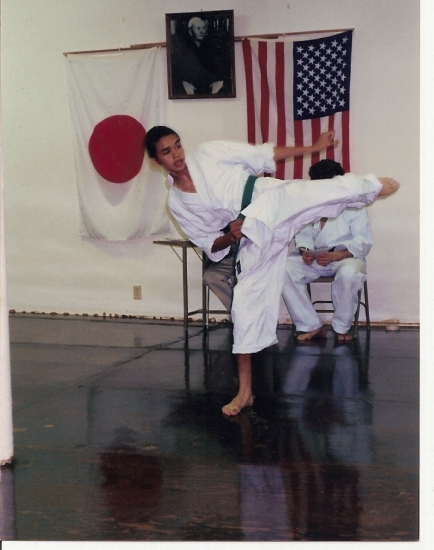 My nephew Eddie being tested by Nishiyama sensei for 5th Kyu - When Eddie was 4th Kyu, and I was teaching many classes including summer programs, we traveled, did classes and taught. Eddie was, very, very good! He had just started to take off!

The Future is Bright and has just started.

Quietly we build one brick at a time.